There was a high-voltage atmosphere on 15 April as Remainers and stars trekked over to Camden’s Electric Ballroom for the national campaign launch. Brexit has always been a cross-party issue and so, while an iconic club venue isn’t where many of the 1,200 Remain-supporters would normally spend a Sunday afternoon, having four prominent MPs from the four main parties to flick the switch on this fully-charged campaign was spot on.

Comedian Andy Parsons took on the job of host and of bringing smiles and laughter to the Brexit-weary Remain crowd, chortling:

"When there’s a vote on the deal, a new slogan for people that are sick of Brexit: Vote Remain and you’ll never hear the word Brexit again."

He then introduced the first speaker, Sir Patrick Stewart, who spoke with passion and grit about the tragedy of Brexit and the need for a People’s Vote on the deal:

“So, now that we are learning the real cost of Brexit, I want to urge that we think again and insist that the decision about whether to accept the Brexit deal is a matter for the people,” Sir Patrick said. “To my mind the only way to resolve the huge challenge we now face as a country is through a people’s vote."

To boldly get rid of Brexit

To roars of approval, he told the crowd that his Star Trek alter-ego, Jean-Luc Picard, would most definitely have voted Remain. Sir Patrick then handed over to the cross-party representatives: Anna Soubry (Conservative); Chuka Umunna (Labour); Layla Moran (Liberal Democrats); and Caroline Lucas (Green), who spoke in turn on the absolute need for a People’s Vote.

“The way I see it is this,” Soubry told the crowd, “As Brexit unfolds and people see the reality of it, for the first time ever, I think, in any country’s history, we actually have a government that has said to its people that we are about to embark on a course that – whichever way you cut it, whatever deals come out – you and your grandchildren will be less prosperous than you are now. This is really serious stuff.

“I think the best and right thing to do is to put it back to the people and say you can have a vote on this deal.”

Umunna backed her up, saying: “Brexit is a big deal, not a done deal and it is too important for politicians alone to decide, which is why today we've launched a campaign for a People’s Vote on the final Brexit deal." 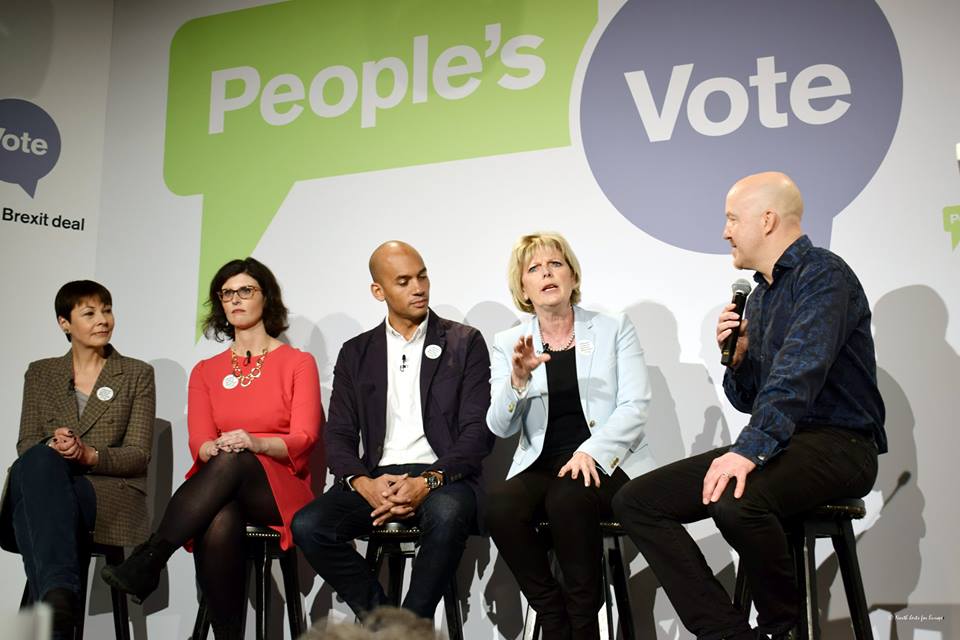 Additional speakers, all of them speaking with emotion on Brexit, included Richard Reed, the boss of Innocent Smoothies; Femi Oluwole and Lara Spirit from Our Future, Our Choice; Hugo Dixon, head of Infacts; Malcom Macleod, professor of neurology; and Amatey Doku, VP of the National Union of Students who insisted:

“It’s our future and we need to take back control!”

Femi and Lara and their colleagues had already joined us on our latest market stall the day before (we’re always ahead of the game in St Albans!), when they and we spoke to dozens of passers-by about Brexit, asked their views on how the negotiations are going and asked them to support the People’s Vote campaign. We collected pages of sign-ups.

Plenty of stalwart Remain figures were in supportive attendance at Sunday’s official launch - there not to speak, but to support this important and, we hope, pivotal event. Among them were Mike Galsworthy of Scientists for EU; Madeleina Kay, a.k.a. EU Supergirl; and one of the most outspoken Lords on the subject, Lord Andrew Adonis himself.

For me, Layla Moran summed it up: “This is about strengthening democracy. Whatever you think of the deal, whether you voted to Leave or Remain, whether you’ve changed your mind or not, there is nothing more democratic than allowing the People to accept or reject a deal that will affect our country for decades to come.

“This process started with a democratic vote, and that is how it should finish.”

If only we could send Brexit into outer space and preferably way beyond the final frontier – no borders here, thank you.

So, this is our rallying cry. Can you help answer it? 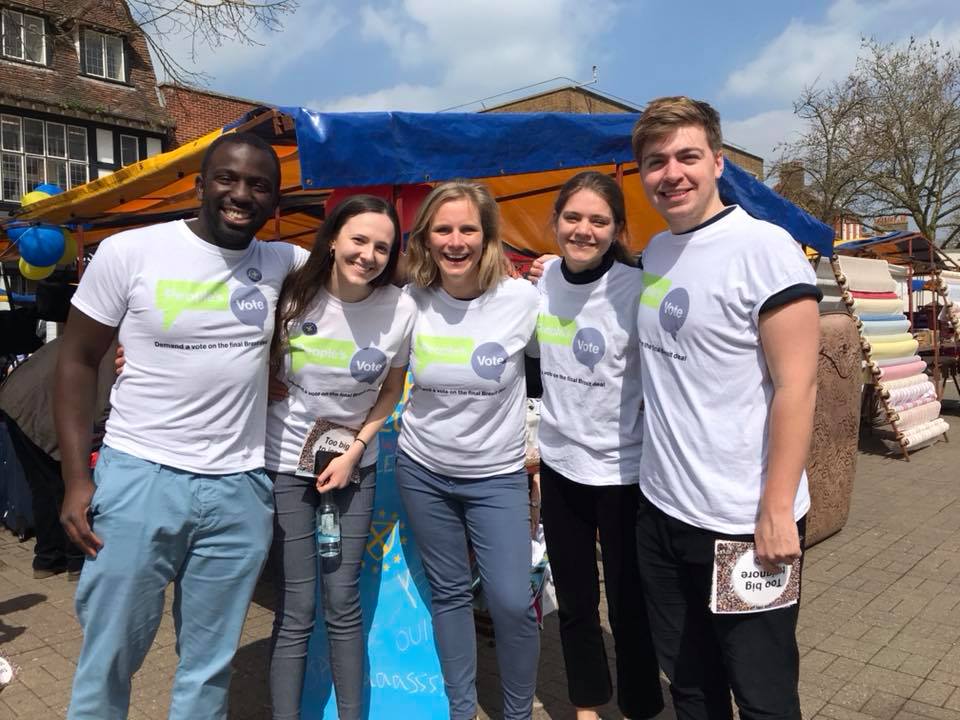